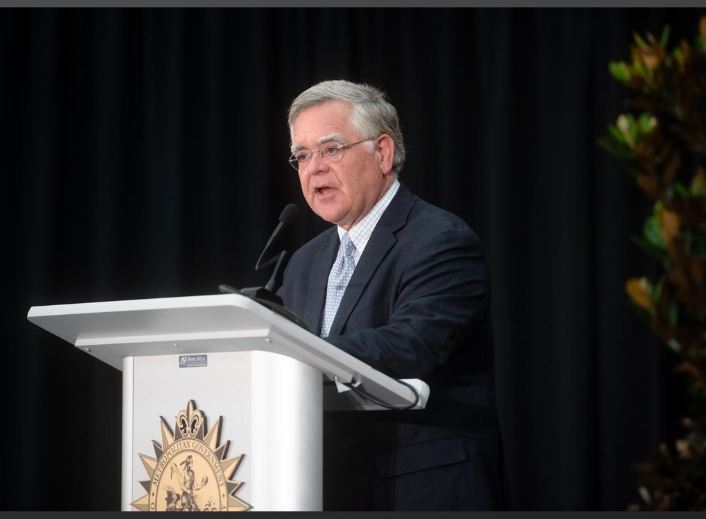 Nashville Mayor John Cooper called for a 32% property tax hike on Tuesday, an essential part of his plan to account for $472 million of revenue losses caused by the Covid-19 crisis.

“It’s the most difficult budget in Metro history. It’s a crisis budget,” Cooper said. “This recession is brutally sudden.”

Before the coronavirus pandemic, financial woes already were flaring up even as Nashville boomed and property values surged to record highs. Then a deadly tornado struck on March 3. Days later, coronavirus drove tax revenue off a cliff: Cooper shut down key pieces of the city’s economy to blunt the spread of Covid-19. Business travel, sporting events and concerts disappeared. Signature money-making events, such as CMA Fest, were canceled out of public health concerns. Unemployment jumped higher than during the Great Recession, in a span of just a few weeks.

Cooper said his newly filed budget proposal, which now faces scrutiny at Metro Council, avoids “deep cuts to service and mass layoffs that would set the city back for years” and hamstring its ability to climb out of the depths of the Covid-19 crisis. Cooper projects that Metro will suffer a net revenue loss of $472 million over the next 16 months, an amount almost equal to a year’s worth of sales taxes.

About 45% of that revenue loss will happen between April and June, ending the city’s current fiscal year. To erase that gap, Cooper said he’s saved or reduced $124 million of spending but also had to almost totally drain the city’s remaining reserves — down to a balance of $12 million, which wouldn’t even account for two full days of spending in his proposed $2.48 billion budget.

Nashville faces ongoing revenue losses from Covid-19 in its upcoming fiscal year, which begins July 1 — and could endure an even harder hit if it takes longer than expected for the economy to recover, or if there’s a “second spike” of Covid-19 in the fall that could prompt another city directive to stay home and close non-essential workplaces.

Even after cutting discretionary spending in half, those revenue losses and what Cooper called a need to replenish the city’s reserves led him to propose boosting the property tax rate by $1, to $4.155 per $100 of assessed property value. That translates into a $750 annual increase for the owner of a $300,000 home.

Property taxes account for the slight majority of all Metro revenue. The city’s existing tax rate is the lowest in the 58-year history of the combined city-county Metro government. Metro has not had a tax increase since 2012.

Landlords typically pass tax increases on to their tenants, whether they’re apartment renters, office users or retailers. Those property owners now face the prospect of navigating that higher cost amid nationwide economic calamity, with many tenants unable to pay their rent at the level it is today — and no clarity on when their income will rebound to pre-Covid levels.

“It’s an enormous increase,” Cooper said, “but it is absolutely necessary to get us through this Covid moment. … And if you on Metro Council aren’t willing to raise property tax substantially, let us know and we’ll begin mass layoffs. There is no other way.”

Cooper added: “We’re already way below where the average [tax] rate has been in the past. And no one has ever really accused Nashville of being a high-tax environment. That’s been one of our competitive advantages — and we’re still able to be a lower-tax city than other cities, and lower than our historic average. And frankly, just five years ago, the rate was at $4.54.”

“Everybody is sacrificing in this budget,” Cooper continued. “Our community will never be more challenged than it is right now, with all these people out of work and depending on an effective government to make sure there is a safety net.”